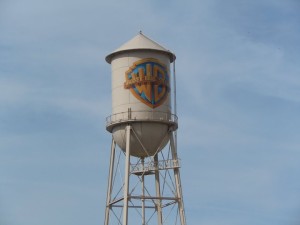 When I first started this site, I planned on just reviewing movies in theaters and on DVD.  Over the past couple of years, I have expanded that vision to handle other categories.  Today is one of those days as I unveil the category of Theme Park Rides.  Similar to my reviews of area theaters, I will spotlight a theme park ride or show that I have experienced, even if it is no longer around.  So let’s start with one housed in the theme park built by Disney and focusing on the movies.

After my accident in 1989, my parents took me to Walt Disney World.  Luckily for me, Disney had just opened a new park called The Disney-MGM Studios.  As with everything, Disney had the idea of having guests walk through the gates and feel like they were in old-time Hollywood, with its “Main Street” ending with Grauman’s Chinese Theater (Side note: Disney really messed up that vibe with the freaking hat).  Housed within the theater was The Great Movie Ride (TGMR).

TGMR was built as an homage to movies through the decades.  After walking through a lobby featuring exhibits of real props, guests made their way through lines while watching trailers on a big screen (Footlights on Parade, The Searchers, Singing in the Rain, Casablanca, and Alien).  In a departure from other rides, Disney had 4 large trams loading at a time (2 sets of 2 trams); that allowed for over 100 guests to be handled in one session.  Each set of trams had a tour guide that interacted with the ride and guests.  With a recorded signal from Cecil B. DeMille, the trams were off.

Musicals are highlighted first with scenes from Busby Berkley, Signing in the Rain, and Mary Poppins.  We then find ourselves immersed in the world of film noir.  It is here that Disney departs normal ride formula and separates the two tram sets.  The first tram moves on to the next genre, while the second tram “breaks down” in the film noir section.  Suddenly gunfire opens up, a bank robber/gangster appears, and our tour guide runs away.  The bank robber takes over the tram and starts it moving again as we move into the Wild West.

The Wild West gives us John Wayne and Clint Eastwood; it also gives us a taste of what happened to the first tram.  Similar to the film noir scene, a cowboy bank robber hijacked the other tram after a gunfight.  Once we escape the gun fight, we enter the world of Sci-Fi, or more specifically, Alien.  As we ride through the Nostromo, a couple of surprises await each car.

Leaving Sci-Fi behind, we find ourselves in a temple with a large jewel.  The trams stop and our bank robber leaves to go claim the jewel.  After a flash, our original tour guide reappears to finish the ride.  We venture through the Well of Souls from Raiders of the Lost Ark, and encounter some monsters from the horror films of the 30s.  Iconic movie scenes help close out the ride.

Tarzan’s jungle is up first, reminding us that Johnny Weismuller is the definitive Tarzan.  Then Bogey reminds us of the pain of letting the one you love go.  A visit with Mickey shows us the “magic” of animation, which leads us to Munchkinland and The Wizard of Oz.  Here we get to be a part of the confrontation with the Wicked Witch and sing along while “following the yellow brick road.”

We end on my favorite part of the ride: the movie montage.  As the trams come to a stop, we are treated to a visual wonderland of great moments in movies.  To my knowledge the movie is on its third iteration, with the first still being my favorite.

My advice: You would be a fool to miss this ride — it truly defines what I love about movies and renews that love each and every time…