I am not a big fan of the horror flick.  I love thrillers and mysteries, but the “blood and gore”/slasher genre has never interested me.  If I end up seeing a movie in that genre, it is because I am with friends that wanted to see it.  Every once in a while I will see one without influence from friends.  After finishing second in the Orlando Shakes poker tournament, I was not ready to head home.  So I stopped by AMC Altamonte to see what was playing – I had two choices:  Zombieland and This Is It.  I chose the zombie flick – Spaldy is having a heart attack somewhere.  I grab a drink and get to my seat as the previews are wrapping up.

Zombieland shows a world overcome with the zombie virus.  Columbus (played by the guy from Adventureland) describes how we got to this state and how he survives via his list of rules.  As we follow him, we meet up with Tallahassee (Woody Harrelson), who loves killing zombies and is on a quest for a Twinkie.  Along the way, a couple of girls meet our heroes and make fools of them.  It is good to see Abigail Breslin trying different roles as she grows up from Little miss Sunshine.  Fun and mayhem fill the screen and our eyes over the next 90 minutes as we follow the crew on the quest to find something “normal”.

Woody Harrelson is a perfect choice for his role.  This is probably my favorite role of his since Cheers, and appears to signal a resurgence of his movie career with two more movies due out soon.  There is a brilliant guest appearance from a comedy legend that I refuse to reveal here.  the legend has more screentime than a cameo role and helps remind us that this movie is a comedy at heart.

The gore is most prevalent at the beginning; afterwards it is scaled back some.  There are a couple of points where I am reminded of Woody in Natural Born Killers, and of a scene from National Lampoon’s Vacation.  I liked the visual choice of how the rules are presented to the audience – very cool look.

My advice:  Check it out for some decent comedy and a good, simple story – guess this means I will have to watch Shaun of the Dead…. 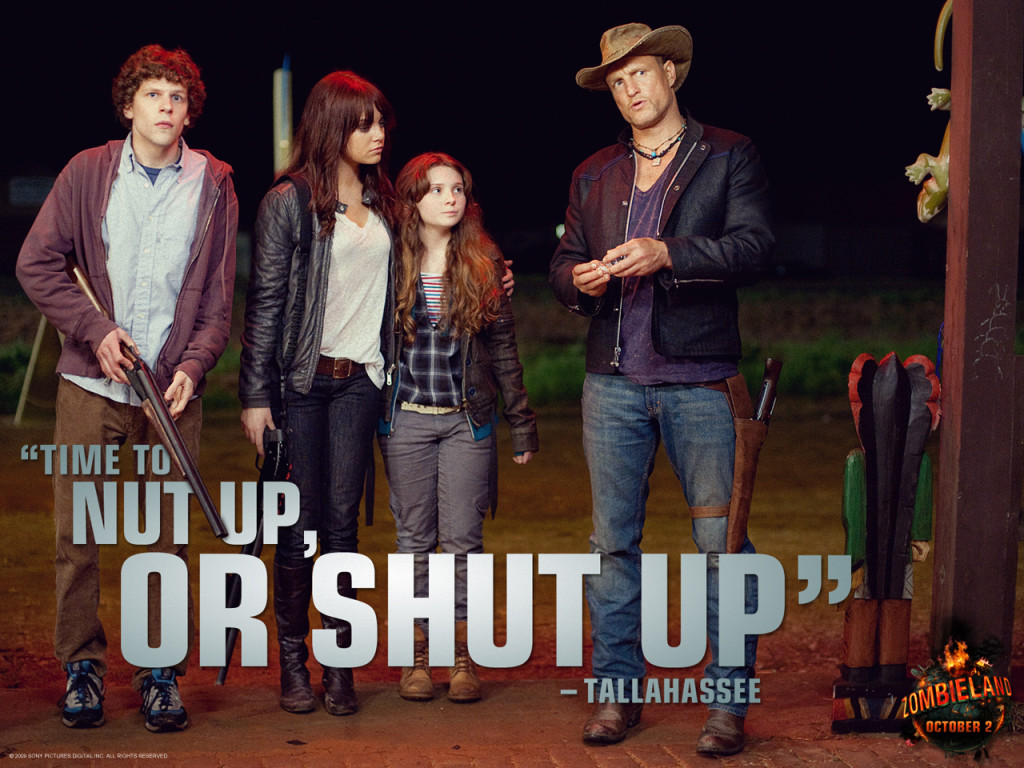